Can a garment be a platform to spread messages of feminism and body-positivity? 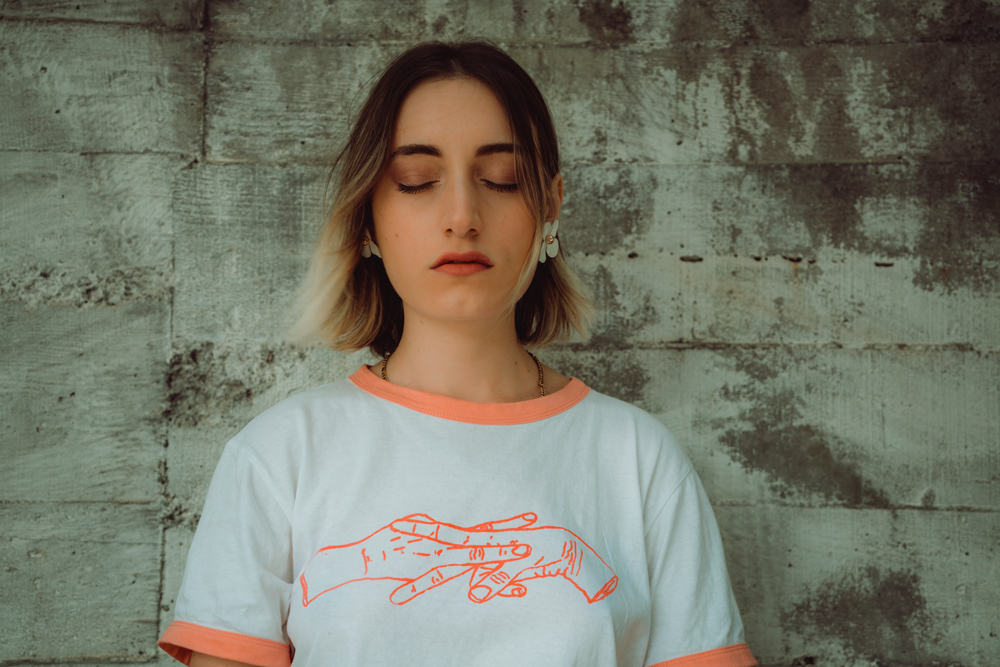 I handled everything from branding to production for Peachy Works. This included illustrations, logo design, digital marketing, screen printing, and such. The initial references for designs were mostly about sex-positivity and feminism. However, later on as I read more about mythology, it became representations of mythical and anthropomorphic characters.

Changing the imagery through mythology and "history"

I shut down the project as I decided commercial ways of expressing myself did not feel right. However, trying to combine a somewhat artistic language with a commercial end goal helped me realize the importance of visual communication. 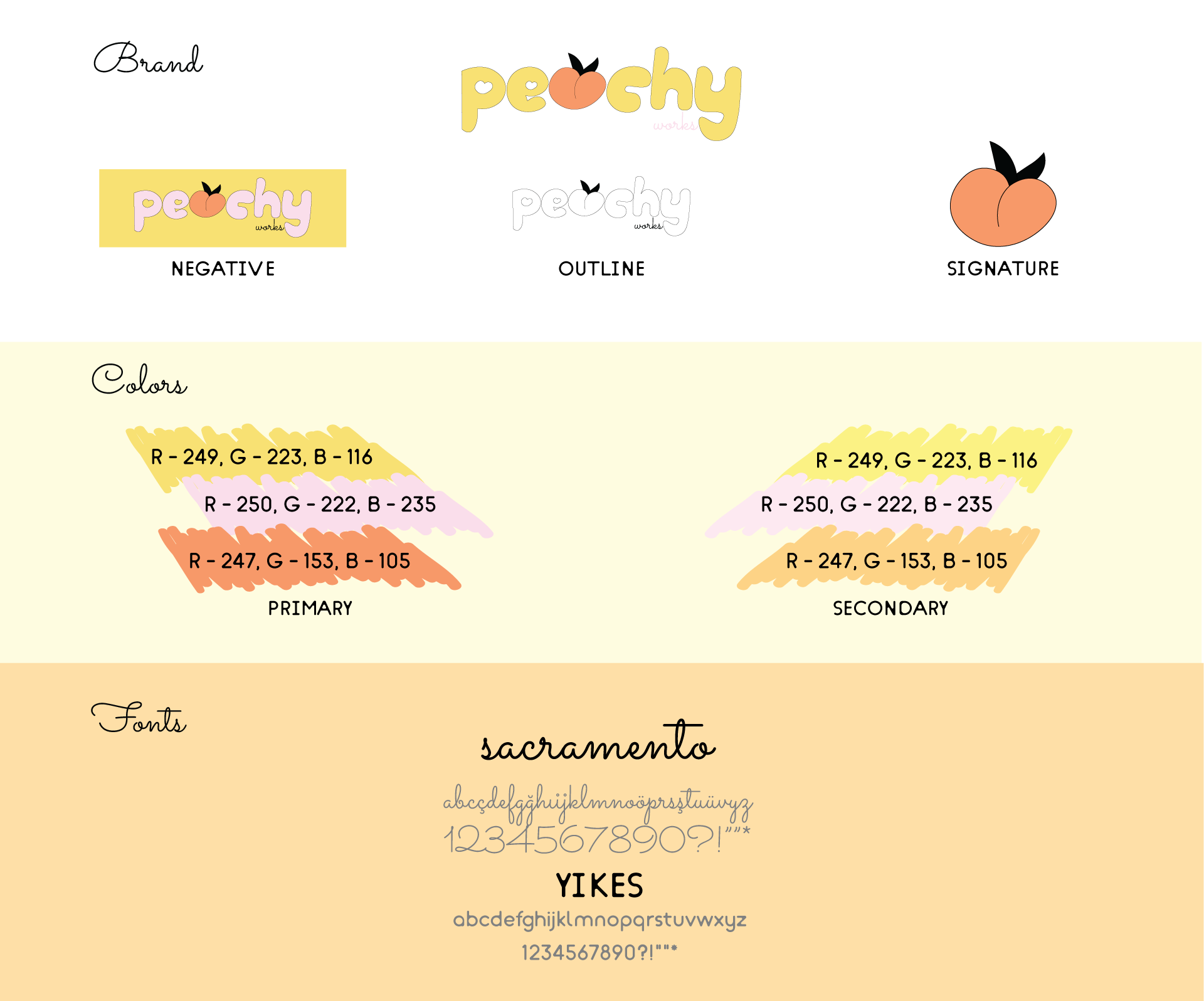 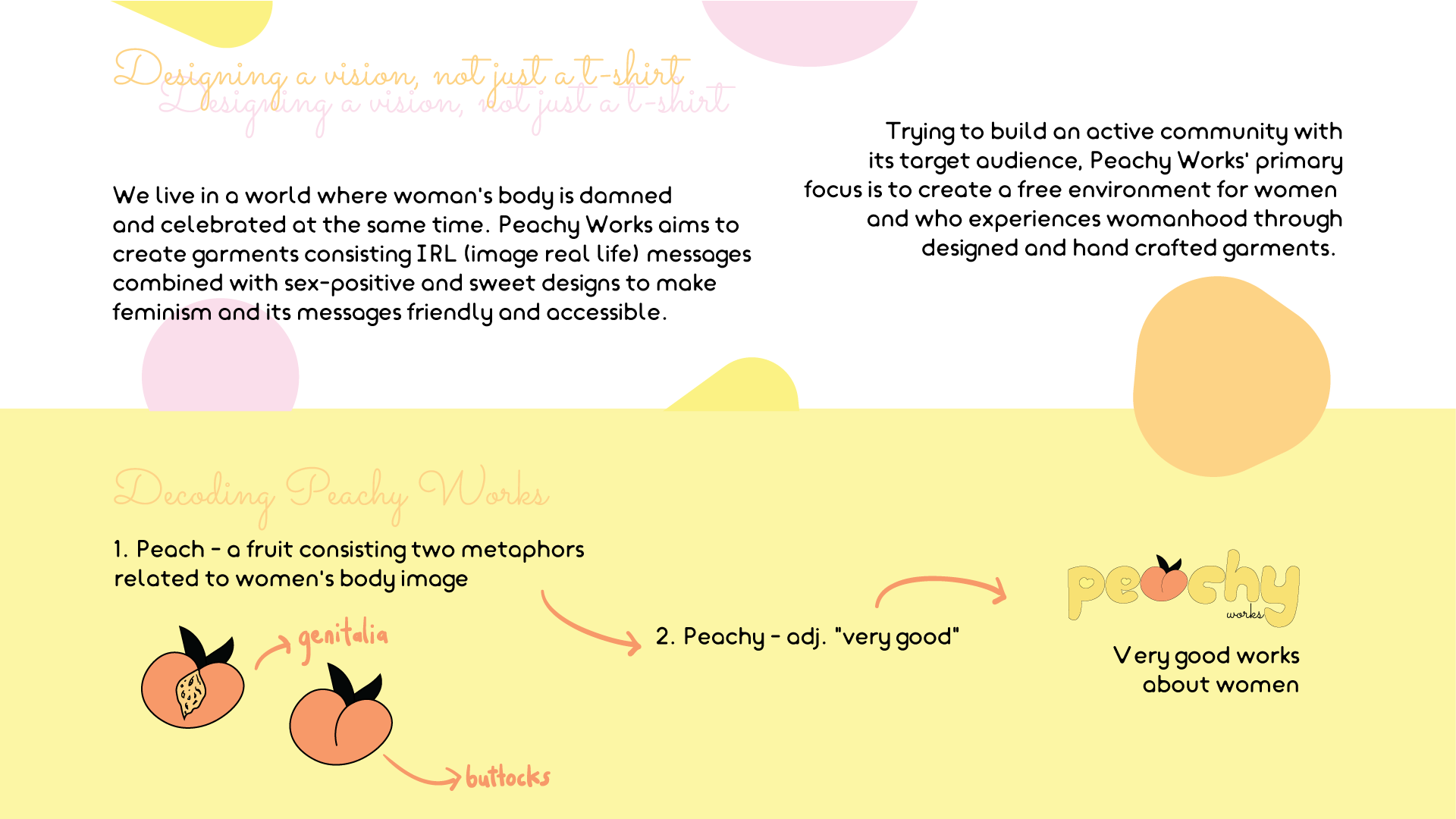 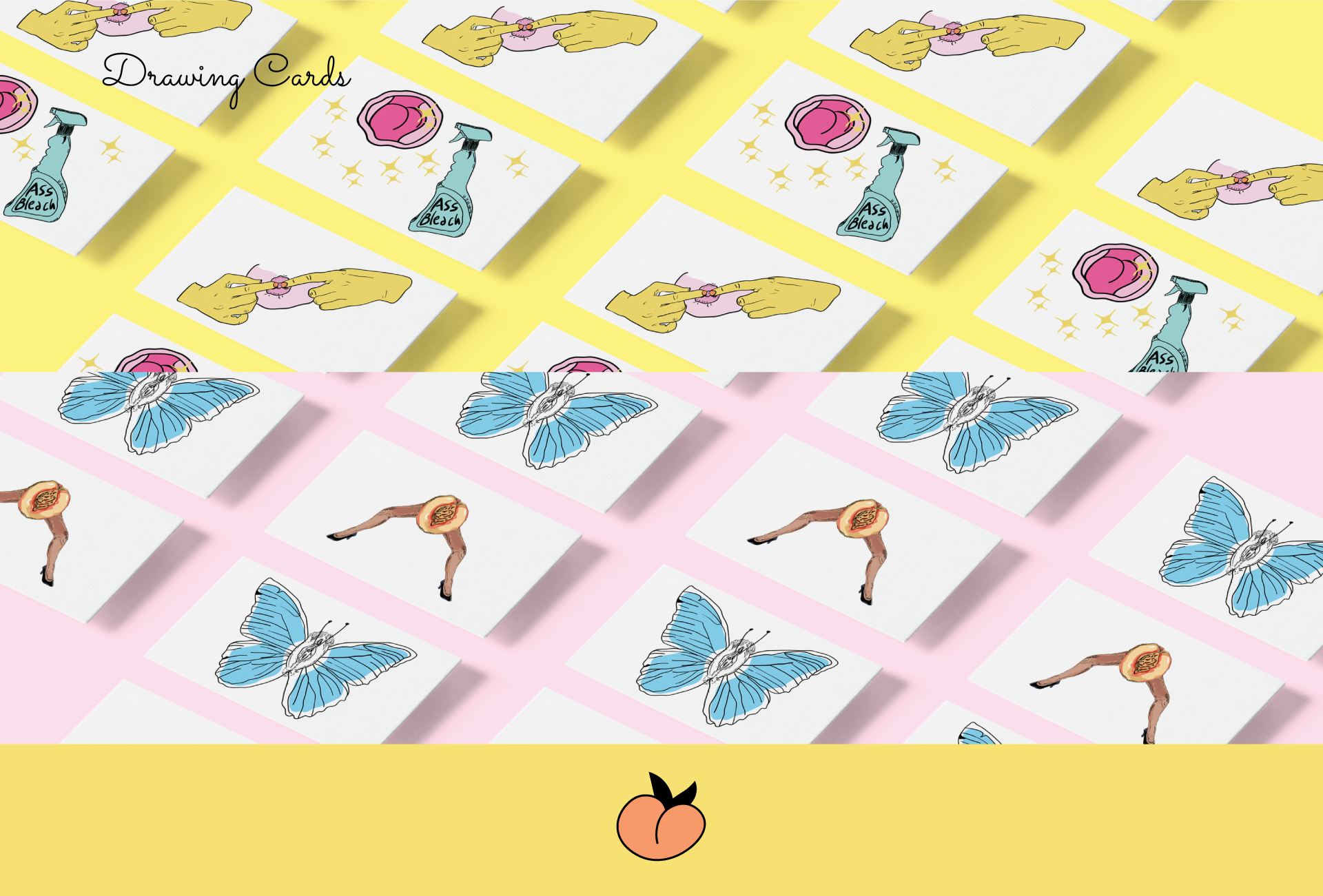 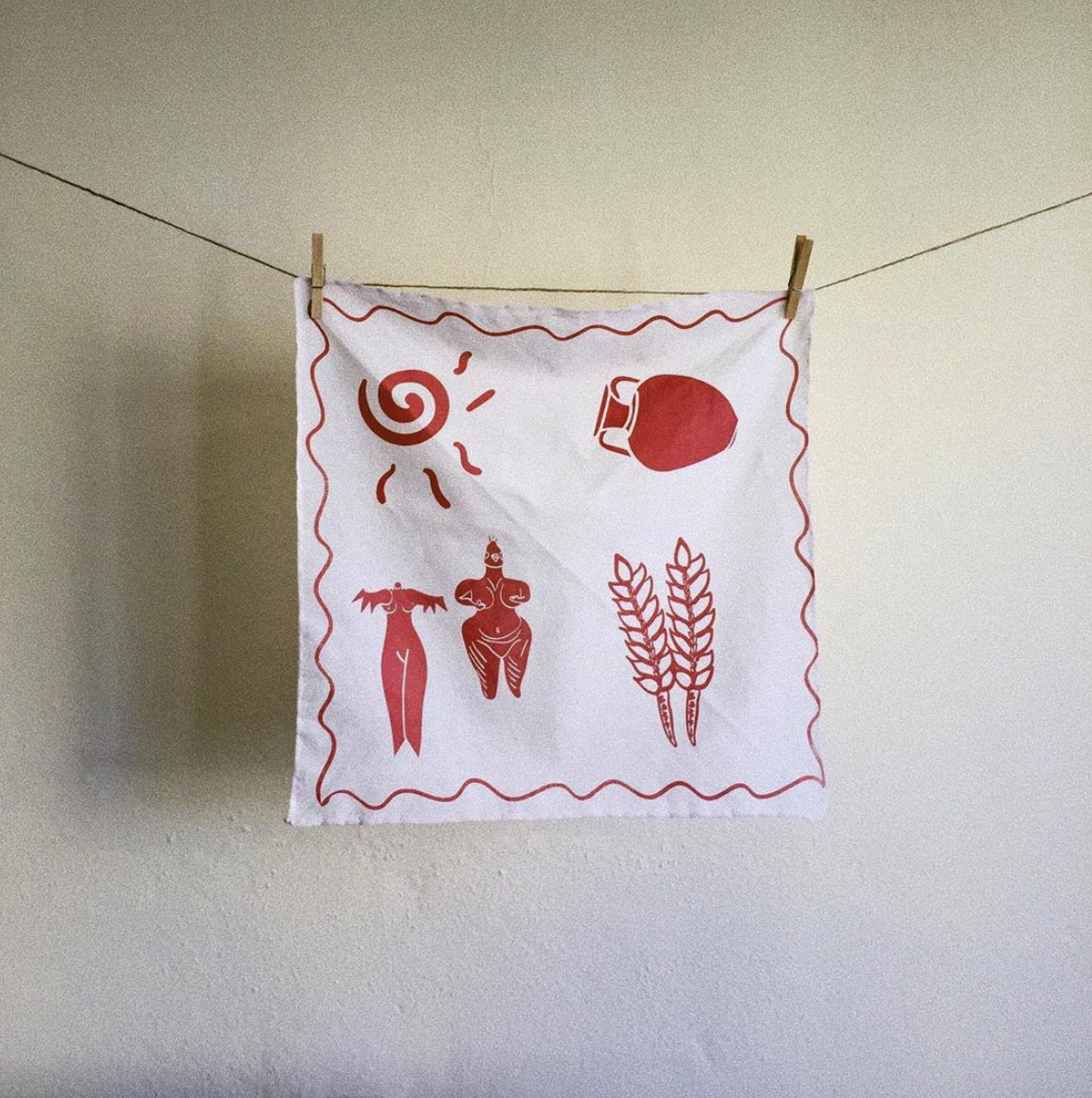 The final drawings I did for Peachy Works was comprised of a series of drawings of anthropomorphic goddesses.